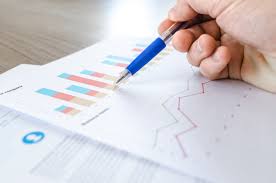 HMRC has published its keenly awaited consultation on the future of IR35. Radical changes are ahead for some freelancers and those who hire them. How could you be affected?

On 18 May 2018 HMRC published its long-awaited consultation on the future of IR35. This makes clear that the public sector rules (Off payroll arrangements) which were introduced in April 2017 will be extended to the private sector, but probably with a few minor changes.

The April 2017 changes shifted responsibility to public bodies for deciding if freelance contractors they use are caught by IR35, rather than it is a question for those doing the work. Faced with fines for getting it wrong, many public bodies have either assumed IR35 applies or changed their working practices by not hiring freelancers.

Naturally, HMRC is very happy with the 2017 changes and wants to see them rolled out to the private sector. However, there are shortcomings in the public sector model which even HMRC recognises. Therefore, much of the consultation is devoted to asking for suggestions on how it can be improved before being rolled out.

Importantly, the consultation says that the rules for determining if IR35 applies won’t be changed. This will still depend on whether the person doing the work would be self-employed if they worked for the client directly, i.e. not through their company or partnership.

Our guess is that the changes resulting from the consultation won’t take effect until April 2020. But if you want to have your say on how they take shape, you have until 18 August 2018 to submit your comments.

What to do now?

If you are a freelancer who works through a company or partnership, use the time before any new rules are implemented to review the contracts and terms of work to ensure that IR35 won’t apply to you. Loosening the level of control you have over the workers and how they do their job will be key to this.